In May 2019, the Jamaica Bay-Rockaway Parks Conservancy (JBRPC) contracted with Dirtworks Landscape Architecture, PC to finalize design of a living shoreline at West Pond in the Jamaica Bay Wildlife Refuge, Gateway National Recreation Area, in partnership with the National Park Service (NPS). Final design was completed in July 2020 and permitted for construction in 2021.

As a living shoreline, the restoration project uses natural features to protect West Pond and adjacent loop trail, limiting erosion along this vulnerable shoreline while enhancing the shoreline with native plants creating much needed habitat in Jamaica Bay. During design, JBRPC worked in close collaboration with community stakeholders, including the Jamaica Bay Ecowatchers and American Littoral Society, and other project partners such as the Billion Oyster Project. Construction began in May 2021 and was completed in November 2021. Read more here. 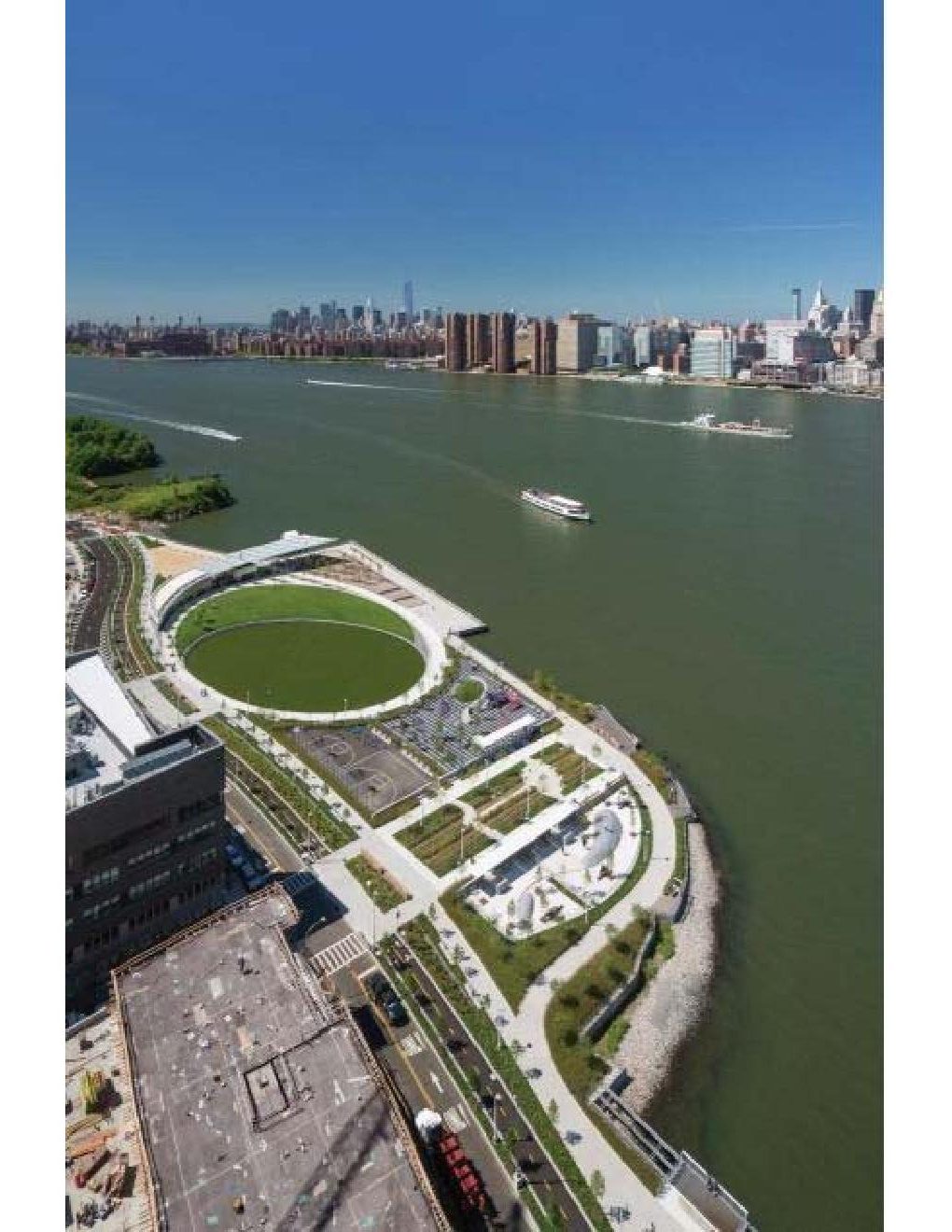 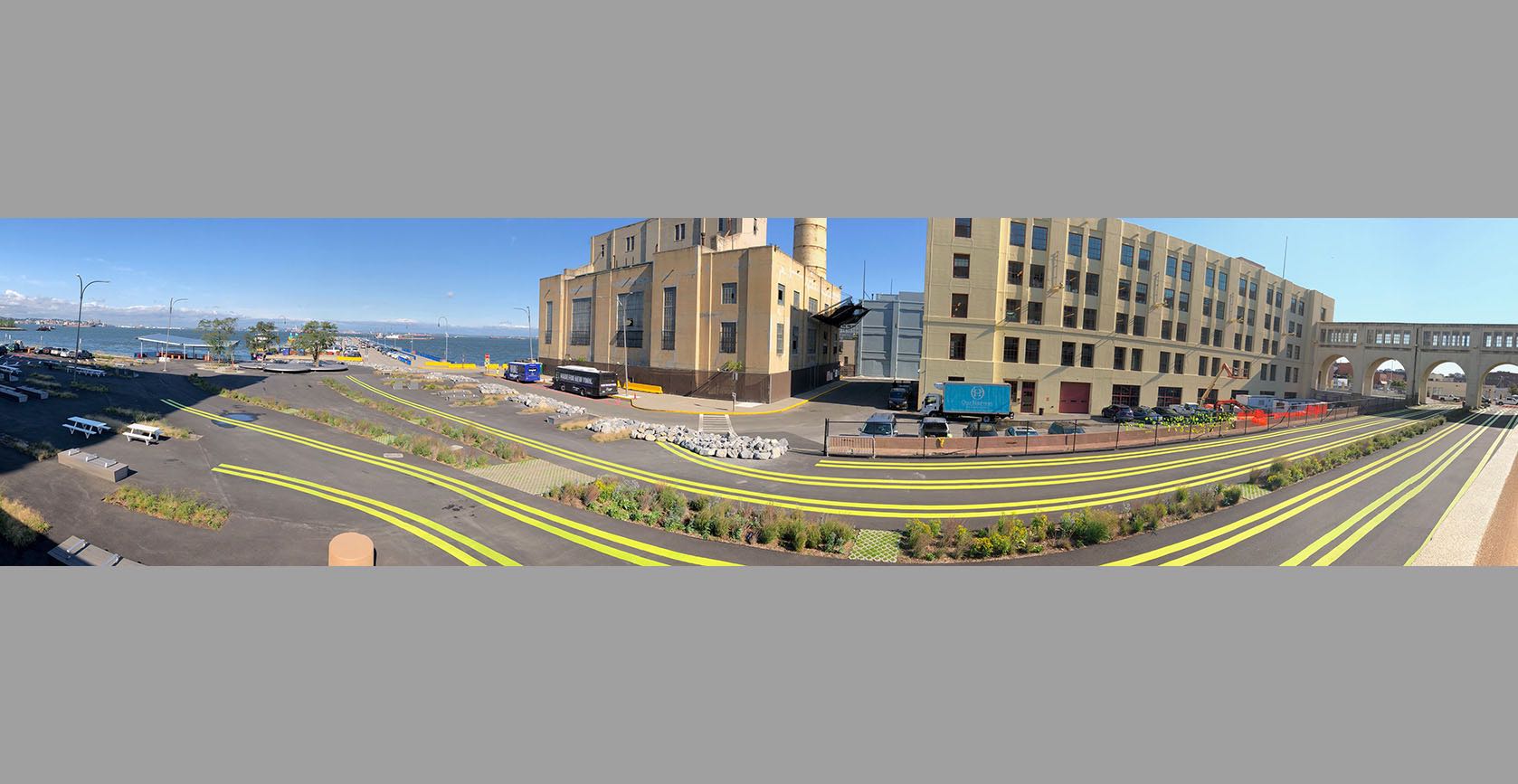 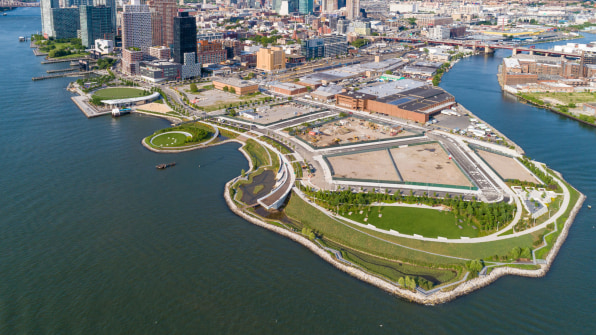 Galvin Bros., Inc has been featured on FastCompany.com for our work on Hunters Point South Waterfront Park. Located in Long Island City and overlooking the infamous Manhattan skyline, the park is a beautiful addition to one of the fastest growing areas in New York City.

Clink link below for full article!

We’ve been working hard on the Canaan Lake Restoration Project using the Big Float E22 Amphibious Excavator. Canaan Lake is a 26 acre lake in Long Island, NY that has been affected by many different invasive plant species, making the lake essentially unusable to the public and the residents who own homes around the lake. The Big Float E22 was brought in to dredge the lake and pile the dredged material on the shoreline to dry out and then be hauled away. (description and images courtesy of Remu) 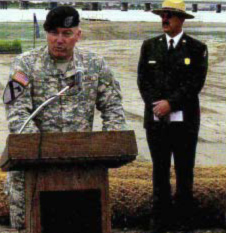 In the skyline of one of the most populated, urban areas of the world adjacent to one of the nation’s busiest airports, Elders Point Island in Jamaica Bay Gateway National Park, King’s County, N.Y., is the focus of an impressive marsh island restoration project. The first phase of construction is underway on a $13-million wetland restoration project. It is also the first full-scale project to address the marsh island recession issue in Jamaica Bay.

In March 2006, the corps awarded a $13-million contract for the Elders Point (East) Island Restoration in Jamaica Bay, N.Y., to Galvin Brothers of Great Neck, N.Y. To re-contour Elders Island, the corps is pumping more than 300,000 cubic yards of sand that was dredged from various channels in the harbor. Once tidal flow to the areas has been reestablished, water and sediment quality will be improved, promoting the return of native fish and wildlife.

“Working with our partners, this project is the first step towards the long and complex journey of addressing the salt marsh loss within Jamaica Bay. During the first phase, more than $13 million of construction activity to restore the environment at this site will provide 70 acres of wetlands for our harbor estuary,” said Col. Richard J. Polo, Jr., New York district engineer. “This will be the first large scale marsh island restored, building on the Big Egg pilot, under the District’s Jamaica Bay Marsh Islands Ecosystem Restoration Program.” 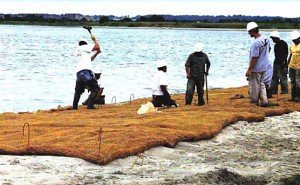 In total, approximately 70 acres of marsh will be restored on Elders Point with a net increase of 61 acres. Elders Point is comprised of two separate islands, Elders Point East and Elders Point West, that total approximately 21 vegetated acres. Originally one island comprised approximately 132 acres; the loss of marsh in the center portion severed the two ends, resulting in two separate islands connected by mudflat. The restoration plan for Elders East and Elders West includes restoring the existing vegetated areas and the sheltered and exposed mudflats by placing fill material up to an elevation that is suitable for low marsh growth. This includes hand-planting more than 700,000 plants on Elders East and replanting more than 200,000 plants on Elders West.

Jamaica Bay is one of the largest areas of open space in New York City and contributes significantly to the overall health of the New York and New Jersey Harbor Estuary. The marsh islands ecosystem is an integral part of Jamaica Bay and is a refuge for a variety of wildlife. It also provides valuable habitat for fish species as well as a nursery for juvenile, migratory birds.

The Marsh Islands ecosystem is an integral part of Jamaica Bay, which has been targeted for restoration by the U.S. Army Corps of Engineers and other New York and national agencies. Jamaica Bay is recognized by the United States Fish and Wildlife as a coastal habitat deserving preservation and restoration of habitats, which contribute to sustaining and expanding the region’s native living resources. These species breed and use the area as a nursery for juvenile, migratory birds that reside in the area during winter and migratory birds that stop-over in the area during fall and spring migrations.

The overall program includes wetlands work in Staten Island and Jamaica Bay, N.Y., and Carteret and Woodbridge, N.J. Nearly 80 percent of the Hudson-Raritan Estuary’s (at 42,000 square miles it is one of the largest in the east coast) tidal salt marshes have been lost and even less of its 224,000 acres of freshwater wetlands remain.

The NYSDEC estimates that approximately 1,400 acres of tidal salt marsh have been lost from the marsh islands alone since 1924, with the system-wide rate of loss rapidly increasing in recent years. Between 1994 and 1999, an estimated 220 acres of salt marsh were lost at an alarming rate of 44 acres per year (NPS, 2001). Further, it is estimated if this trend continues, all remaining salt marsh on the islands will be lost over the next three decades.

The ongoing $27-million environmental mitigation program in the Hudson Raritan Estuary is being implemented in conjunction with the $1.6-billion New York and New Jersey Harbor Deepening Project. More than 1.5 million plants will be planted throughout the region.

Get latest news about us directly in your inbox. We will never spam, Promise.

This website uses cookies to improve your experience while you navigate through the website. Out of these cookies, the cookies that are categorized as necessary are stored on your browser as they are essential for the working of basic functionalities of the website. We also use third-party cookies that help us analyze and understand how you use this website. These cookies will be stored in your browser only with your consent. You also have the option to opt-out of these cookies. But opting out of some of these cookies may have an effect on your browsing experience.
Necessary Always Enabled
Necessary cookies are absolutely essential for the website to function properly. This category only includes cookies that ensures basic functionalities and security features of the website. These cookies do not store any personal information.
Non-necessary
Any cookies that may not be particularly necessary for the website to function and is used specifically to collect user personal data via analytics, ads, other embedded contents are termed as non-necessary cookies. It is mandatory to procure user consent prior to running these cookies on your website.
SAVE & ACCEPT